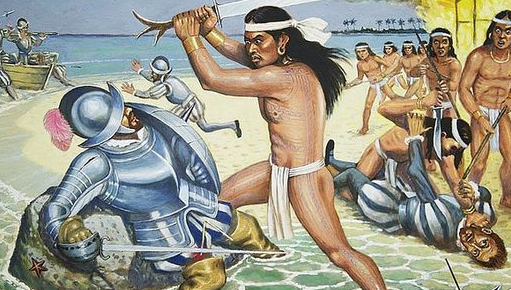 If you were to sit for a second, close your eyes, and meditate on the concept of the martial artist, several images or themes may arise.  These images and themes, placed there by popular culture and each observer’s own interactions with “martial arts”, are a window onto the overarching ideology that the dominant culture would wish to impose on the society at large.  It is a view onto the racist tropes: the mysticalization: the orientalist ascription of “dark and evil” other and “weak non-human” to indigenous peoples.   It is the primitivization of societies to excuse erasure, and the forced ascription of a narrowed mind set.   It is the story of the victor/colonizer/oppressor with a marked paucity of indigenous historical roots. Now, this is no grand or unique observation.  This idea has been said before, and yet, as evidenced by the continued proliferation of colonial/oppressive mindsets in modern MA culture, it still needs to be explored further.  The roots of these thoughts continue to strangle MA as a culture and suck up its nutrients like a parasite, leaving in its wake the husks of lost cultural traditions, all the while replicating the culture of the wendigo; consuming and never ending, always ravenous for the next.   If communities are to stop the desecration of cultural heritage and promote equality for the masses, rectification of these injustices, in all facets of our existence, is essential, and I believe that liberation martial arts is one way that can be helpful in approaching that.

First, what is meant by liberation martial arts.  The concept, introduced to me by the Southpaw podcast, is not definable as a static object.  Like anarchist/leftist political ideology, it grows with the minds that wish to analyze its framework.  With such a varied community as MA, the concept can take on numerous focuses: femme liberation in MA circles, trans athletes’ rights, decreasing/eliminating toxicity in training/hierarchical spaces, recognition of historical development of martial arts within cultures, to name a few.  It can be analyzed and focused on by many, and have just as many definitions, but, for me, liberation martial arts is inherently tied in with the concept of decolonizing martial arts.

This notion of decolonizing martial arts is only starting to become a topic that some white heritage/europeans are willing to talk about, though, in other circles, it has surely been around for as long as there has been white people.  The continued consumption, flawed reciprocation, and judgement of indigenous practices maintains the competition that drives the wendigo culture, pushing it to ‘develop’ exciting and ‘new’ techniques/ideas/philosophies that sadly seem like contrived versions of what has come before.  This relationship can be found throughout white, “western-culture”: where self-defense classes advertise trainings based on ‘national armed forces combat techniques’ when in truth they are stolen indigenous martial arts.  Where white-actors become the foretold of master come to save the (insert out group) from the (insert racist trope) by mastering and outperforming the indigenous in their traditionally developed martial arts/skill.  It can be found where the most brutal and toxic of martial arts practices are the cream of the crop.  Where the ability to deliver the death blow is the only true measure of worth for a martial art.

When this happens, the erasure of traditional practice takes hold, the centering of the white gaze drives the narrative, societies fall into cults of personality and hero theories, and holistic, defensive, and expressive indigenous practices mutate into disjointed, destructive, and isolating rituals for arrogant white settler/colonizers.

Using the lens of liberation martial arts as a way to view and critique modern MA thought and practice, can serve in the process of decolonizing martial arts by intertwining the understanding of leftist political theory with decolonial practice, indigenous/international solidarity, and gender rights/abolition.  Without this critique or the actions derived from it, imperialist cultures will continue on their path, consuming, digesting, and regurgitating putrid recapitulations of intrinsic indigenous practices and knowledge that serve only to drive wedges even further between all communities involved.

Unfortunately, LMA is not the answer.  It is not the solution.  It is just one point, one technique, one weapon, one attack.  But it is a method and an approach that can help us to develop our collective self-defense if we try.  Because our collective liberation from narrow colonialist mindsets and oppressive systems/relationships doesn’t culminate at one point in time or space…..liberation is everywhere at all times.  We just have to fight for it. Together.